I was delighted by the latest news from Reuters, published 18 July 2012.  Selected blurbs follow, below:

<< Electronic books more than doubled in popularity in 2011, with ebooks outselling hardcover books in adult fiction for the first time, according to a survey released on Wednesday. >>

<< Net sales of e-books jumped to 15 percent of the market in 2011 from 6 percent in 2010, according to a report by the Association of American Publishers and the Book Industry Study Group. >>

<< According to the report, in the adult fiction category, e-books accounted for 30 percent of total net publisher sales compared to a 13 percent share the year before. >>

Of course, people will continue to purchase printed books for the foreseeable future.  However, it is clear that e-books are now a reality, also.  I have already sold considerably more copies of my Trojan War novel and bare-knuckle boxing novella in their Kindle editions than I ever managed in hard copy, and I heartily recommend digital publishing to aspiring authors.
Posted by Lenny at 8:03 PM No comments:

What do pornography and historical fiction have in common?  More than one might think!

Frank Santo’s review of Fifty Shades of Grey (NY Daily News) included this striking commentary:  << But this is exactly why this book matters. It manages, miraculously, to be at once pornographic and deeply unappealing to men – it is a kind of pornography that attracts only women, and thus far it is selling off the charts. >> 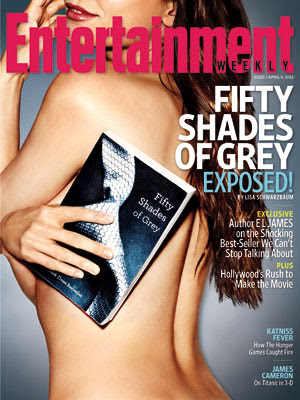 Jessica Reaves, writing for the Chicago Tribune, posed some interesting questions:  << Of all the erotica published in the last couple of years, this bizarrely conservative sexcapade is the one anointed by a seven-figure movie deal? . . . Why has this book, of all the thousands of books released this year, caused such a sensation? Why are so many people — mostly women — reading it? Honestly, I'm not sure. It could be that American women are tired of listening to presidential candidates and radio hosts chastising women for having sex. It may also be that e-reader technology allows readers to download even the world's most inane books without revealing the reader's terrible taste to fellow commuters or people waiting in line at the DMV. Whatever the cause of the book's popularity, one thing seems certain: It has nothing to do with the book itself. >>

Now, without presenting a critique of the work in question (which I have neither read nor felt inclined to review), I should like to offer a few thoughts of my own.  These, in some ways, reflect the reality of the publishing world at present.

Erika Leonard, who authored Fifty Shades (under the pseudonym E. L. James), was a British television executive; her husband is a screenwriter.  We must remember that the biggest problem with the publishing world is that of “connections.”  Those privileged “insiders” who have the “connections” find it far easier to get published; those who do not are generally consigned to the literary dung-heap.  Does anyone truly believe that the children’s books by Jill Biden and Michelle Obama were gobbled up on the basis of their literary merits?  How many equal, if not superior volumes were rejected by the same publishers?

I marvel at Santo’s naïveté.  Does he not realize that while men (particularly younger men) may enjoy watching pornographic videos, it is women who read pornographic literature.  Moreover, two corollaries develop:  (1) Most successful writers in this field are women; and (2) The publishing moguls are therefore far less inclined to “take a chance” on a male author in this field.

And this segues to the “bigger” picture.  Who actually can get published these days – on anything?  Whether fiction or nonfiction, name recognition and celebrity status are vital.  Former House Speaker and presidential aspirant Newt Gingrich, for example, has no problem getting his novels published.  Historical fiction, alas, is always a difficult sell, and the slightest lapses in scholarship can demolish the credibility of most mortals.  Well, “most” mortals: 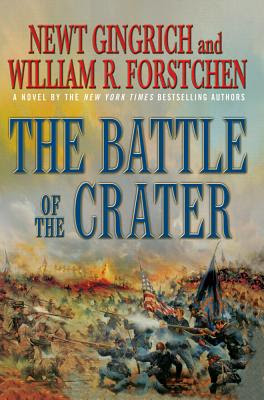 In his review of Newt Gingrich’s Civil War novels, Alan Wirzbicki (Boston Globe) observed, << However, Gingrich makes a number of embarrassing historical mistakes. Some are relatively minor: for instance, he refers to an old fort atop a hill in Baltimore where there had in fact been no fortifications prior to the war. . . . Others are more significant: Admiral David Dixon Porter’s name suddenly becomes John, and a controversial proposal by Confederate General Patrick Cleburne to free the slaves is referred to as introduced in 1862, when it was not actually made until 1864. . . . But perhaps the most glaring is that Gingrich gives Lincoln a new Vice President and somehow replaces Hannibal Hamlin with James G. Blaine. >>

So many errors from an author – at that, someone with a Ph.D. in history!  Far better manuscripts than The Battle of the Crater are routinely rejected by editors; many times, the poor authors can’t even get anyone to consider their work.

With enough "hype," though, anything can be sold to the public. Of course, it is far easier for the publicists and their coterie of hacks to begin with a recognizable name or "credible" source.  True, some lucky authors "win the lottery" and become "super-stars," but this, too, is part of the publishing "game."  For above us all hovers the remarkable “crap-shoot” – the bonanza, the “great discovery,” the “new sensation,” the next big thing.”  Out of nowhere, the media decide to “create” someone – and they do!

Erika Leonard was already a media “insider”; E. L. James is now a phenomenon.  Gingrich was probably both long before his latest scholarly lapses and omissions.  These two authors illustrate the business of publishing today.  They also explain why I have soured on the “mainstream” axis (aka “New York Mafia”).  But stay tuned; things will get worse.  They always do!
Posted by Lenny at 7:57 PM No comments:

The Resurrection of the Blog!

In recent weeks, I have disbanded one of my websites (LennyCavallaro.com), and shall attempt to make far greater use of this blog.  Perhaps I shall also learn how to organize material on the page more smoothly!

The Janus Literary Agency remains "active" to the extent that it is still collecting royalties and retains its listing in Literary Market Place.  That said, I am no longer functioning as an agent, and haven't added any clients in quite a few years.

However, I continue to edit and/or ghost-write as much as time and opportunity permit.  I have working arrangements with two small publishers, Mojocastle Press and A Flair For Writing, and also work independently.  In addition, I hope to run courses in "Journaling," "Memoirs," and related subjects.  Finally, I shall assist authors with the process of self-publishing, particularly for Amazon's Kindle.

Two of my own works --  Trojan Dialogues:  The Memoirs of Diomedes and The Greatest Champion Who Never Was -- are now available in digital format on Amazon.com, and Paganini's Fire, my late mother's novel ("edited and revised" by me), released by Stay Thirsty Press, is also available online.  I can also provide "hard copy" volumes upon request (cf., my profile).

My earlier, somewhat caustic remarks about the state of the industry have proven prophetic; things continue to go downhill.  I suspect that even the "die-hards" began to get the message when Border's filed for bankruptcy protection.  Although printed books will remain with us for a long time, I suspect that digital publication truly is the wave of the future, notwithstanding its immediate limitations.  Stay tuned!
Posted by Lenny at 6:53 PM No comments: